Set deep in the wild heart of Botswana’s Chobe National Park, the Savute region has a reputation for anything-can-happen game viewing. And for Taz, a guide at Desert & Delta’s Savute Safari Lodge, this was brought to light one spectacular afternoon this May. And in true Savute-style, the drama unfolded not on a game drive but while Taz was strolling around camp enjoying some winter sunshine. He takes up the story.

“Suddenly I heard some noise by the river front. I rushed there to witness what was happening. To my surprise I found five wild dogs tearing up a live impala in front of room six!” 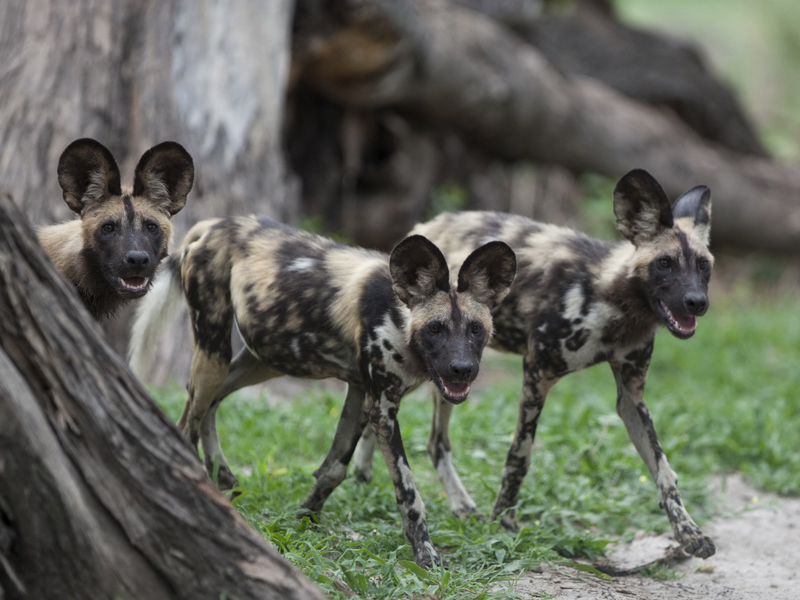 Botswana is home to a third of Africa’s remaining wild dogs; Savute is one of the best places to see them.

The guests had all gone on a game drive so Taz settled down to watch. The African wild dog is one of the most sought-after sightings on safari and here was a kill playing out in front of him. But such is the speedy efficiency of these hunters that the main feature never lasts too long.

“In a few minutes they had already eaten half of the impala. One moved a few yards from the kill and began to call, and six dogs started to show up in intervals and joined the others for the feast. Unfortunately when the last three dogs arrived, it was only the skeleton and head that remained … but … they enjoyed what was left.”

The dogs feed fast while another watches for lions. Within minutes the impala is almost finished!

The dogs left almost immediately and Taz resumed his walk around camp but the drama was not quite over yet. Hyenas squabbled over the impala remains later that night, and another hyena appeared the following evening, sniffing the ground where the kill had taken place but too late for food. Next time.

To experience Savute for yourself you’ll need to join a mobile camping safari or fly into a lodge. At Savute Safari Lodge you’ll enjoy two game drives a day as well as the chance to sit and watch wildlife at the channel below camp. And as Taz will tell you, sometimes that’s where it happens in Savute. 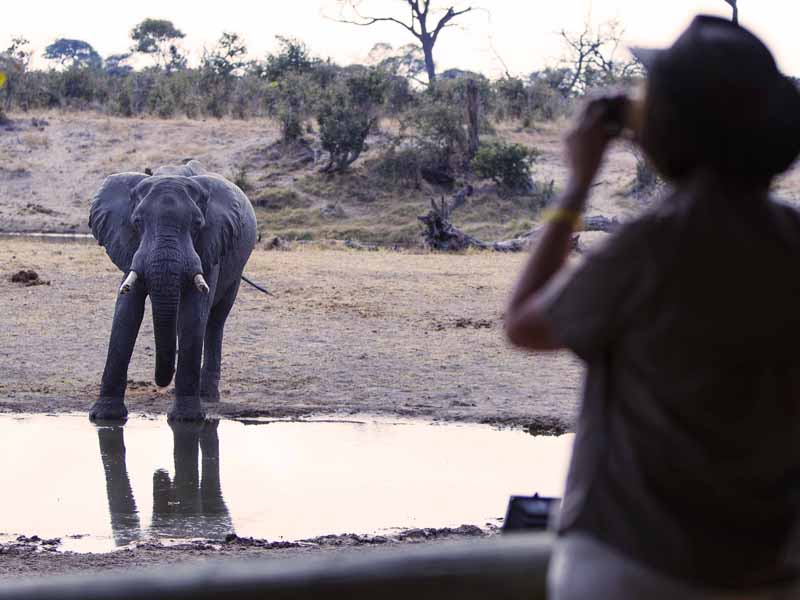 With its thatched chalets overlooking the permanent waters of the Savute Channel, Savute Safari Lodge has the perfect location.

Jennifer
Excellent service and support for our Africa vacation

Werner
A great tour operator that was a pleasure to deal with.

Shane
Karina was absolutely instrumental to our safari success.

Chris
They kept us fully informed and updated throughout planning, travel, etc.

Karen
Professional, patient, efficient and responsive. Met all our travel needs and requirements spot on