A rocky outcrop marooned on an ocean of dry sand and salt, Botswana’s Kubu Island may not sound like much of a travel destination. That is, until you get there. Its only inhabitants are enormous baobab trees, bare-branched in winter and providing the detail in a landscape that offers some of the most extraordinary night skies you’re likely to see. But don’t take our word for it; here’s what photographer Simone Osborne experienced after she went there on one of our safaris with her husband Chris. This is why they went.

“Kubu Island is simply one of those amazing places for landscape and astrophotography. I have quite an obsession with astrophotography and “shooting” the stars at Kubu has long been on my bucket list. I knew the best time to go there is during a new moon when the sky is at its darkest and, due to the remote location of Kubu, there is hardly any light pollution.”

Set in the middle of Botswana, it’s not an easy place to get to by yourself but simple enough if you go with a professional safari operator. Kubu Island lies in the Makgadigadi Pans, a pair of ancient dried-up lake beds surrounded by savannah grasslands. There’s good wildlife viewing in the Makgadigadi Pans National Park, and as Simone explains:

“Part of our adventure was also the trip getting there with the Mobile Safari Camp we chose. It’s just enough pampering and comfort without disconnecting from nature.” 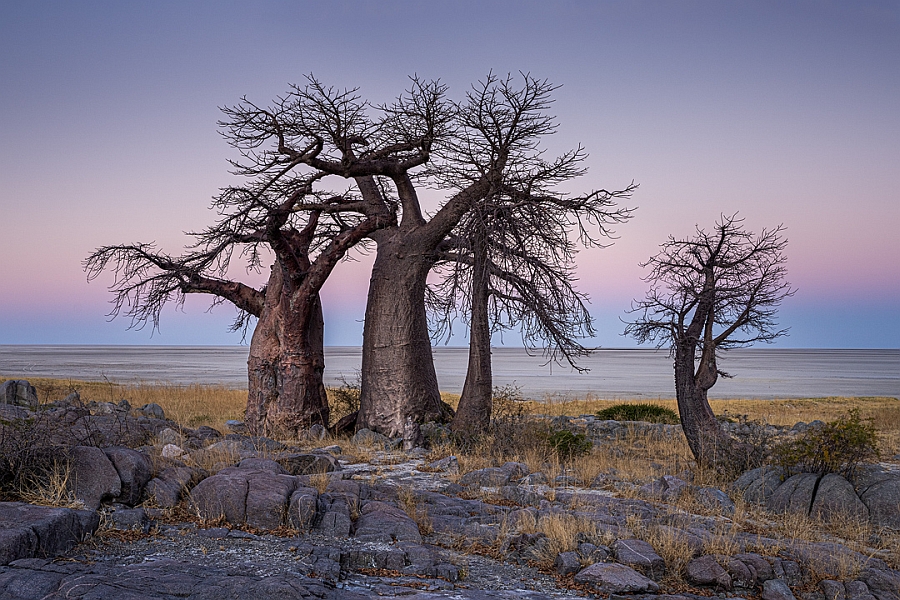 Silent witnesses to the ebb & flow of the Makgadigadi, Kubu’s baobabs are reputed to be several thousands of years old. Image courtesy of Simone Osborne.

Makgadigadi is part of Botswana’s Kalahari region: it is home to big herds of springbok and dry-area animals like eland and giraffe. Elephants, zebra and buffalo migrate into the Makgadigadi during the summer rainy season but their predators – lions, cheetah, leopard and hyena – are there all year round. A short flight by light plane from the Okavango Delta, it’s an area well worth including on a safari itinerary and you can choose between mobile camping safaris and more luxurious safari lodges. 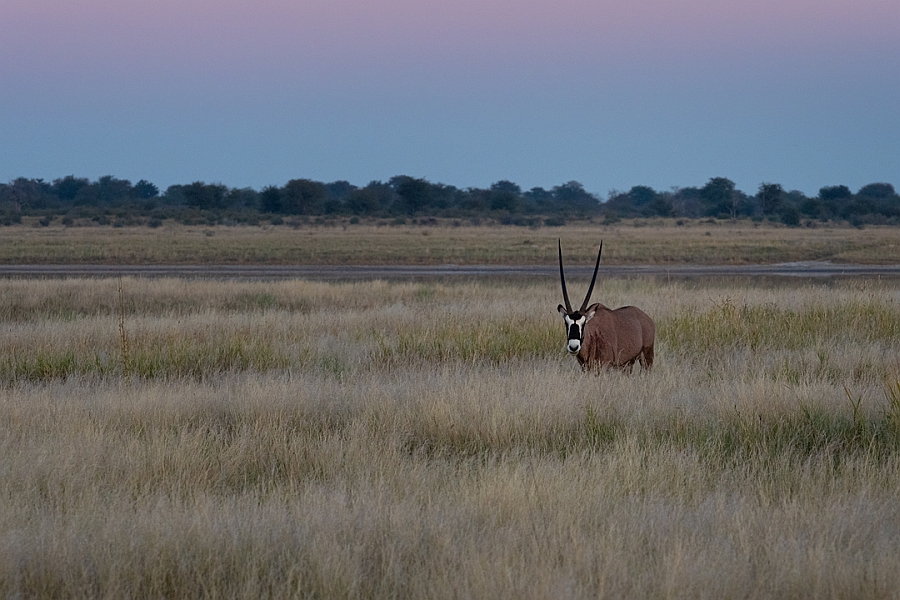 The gemsbok is common in the Makgadigadi & uses its rapier-like horns to defend itself against lions. Image courtesy of Simone Osborne.

There aren’t many animals at Kubu Island though, and that’s a good thing because this is a place to explore on foot.

“For a photographer (but also for my husband who isn’t) Kubu Island offered much to see with its ancient stone walls and rounded granite boulders, and the sea of salt that surrounds the island. The sacred cave and ritualistic stone walls are a must.” 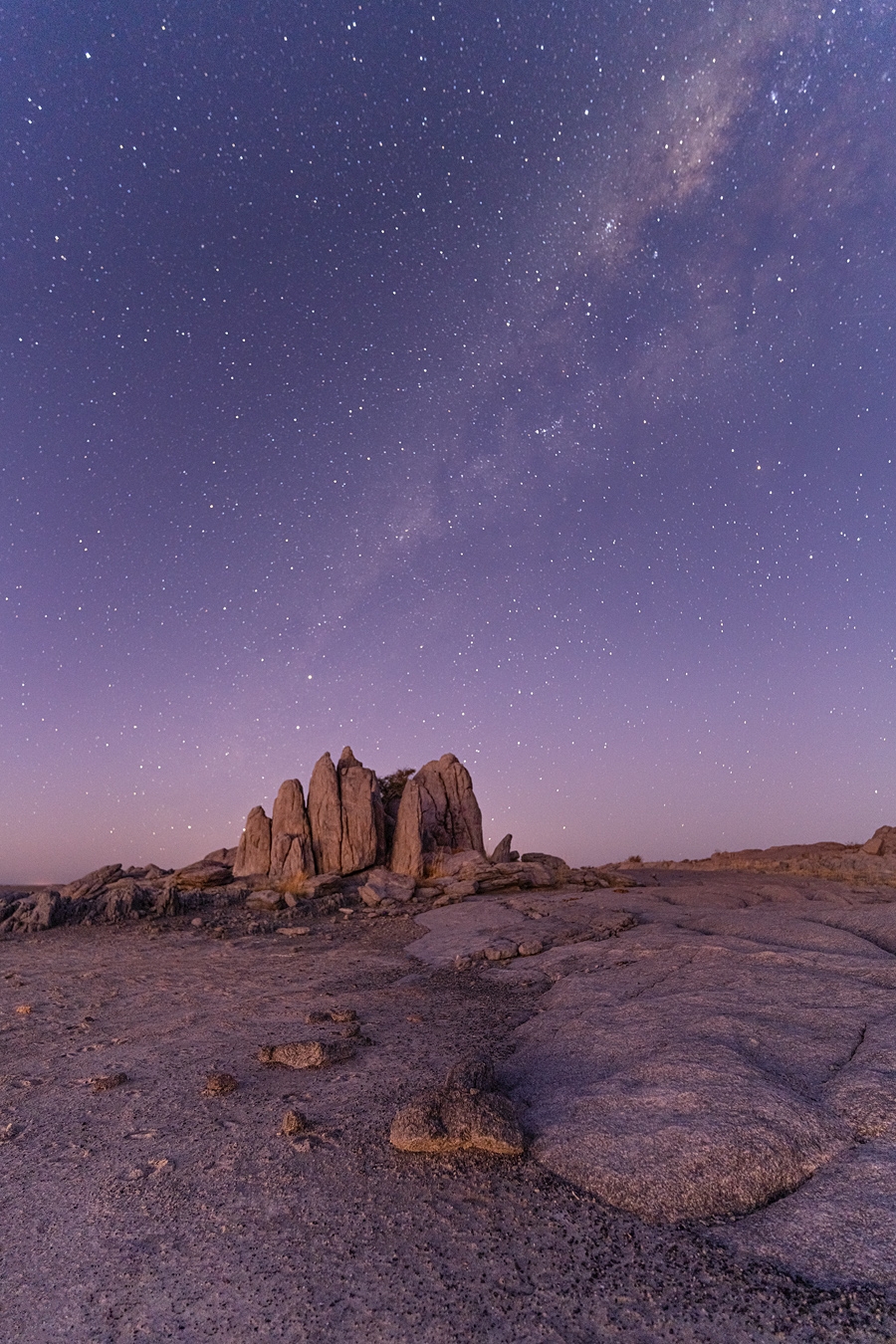 The word ‘Kubu’ means hippopotamus in Setswana & perhaps refers to the bulky grey character of the island. Image courtesy of Simone Osborne.

But it was to the baobabs that Simone’s gaze inevitably returned:

“The highlight of course are the many ancient and beautiful baobab trees dotted around the island – each and every one unique in its own way. It was paradise for me to scout the island for the best compositions for sunrise and sunset.” 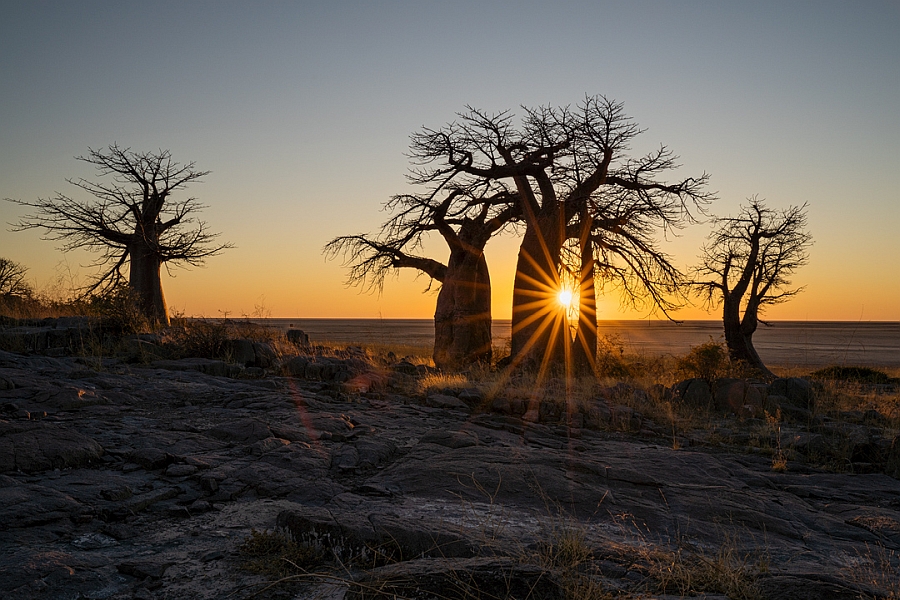 Marking the end of a day, sunset is also the opening act to the great night show at Kubu Island. Image courtesy of Simone Osborne.

Once darkness falls, the Kalahari takes on a new appearance; gone are the sun-bleached tans and washed-out greys, replaced by the sharp, dazzling lights of the cosmos and the wheeling patterns of stars traversing the night sky. And there are special highlights too:

“I had great views of the Milky Way and its stunning galactic core – only visible in the southern hemisphere between March and October! I also had a lot of fun finding the southern celestial pole to capture a star trail.” 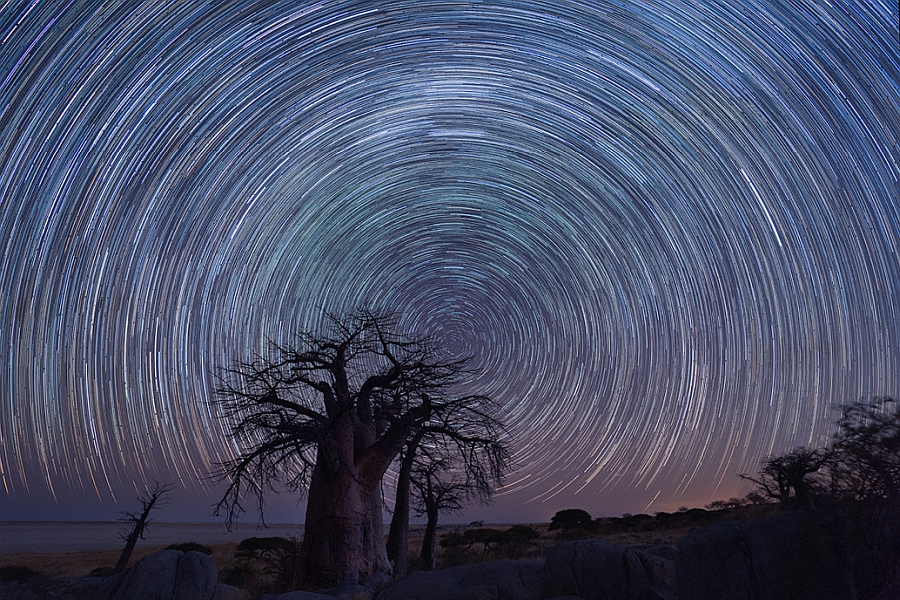 No moon & no light pollution means a classic star trail for photographers at Kubu Island. Image courtesy of Simone Osborne. .

“We have travelled much of the world and this is an extraordinarily unique landmark and an absolute must.”

Want to discover Makgadigadi and Kubu Island for yourself? It’s an area most easily visited in the dry season from June to October. Go on a mobile camping safari or fly from lodge to lodge: Camp Kalahari, San Camp and Jacks Camp all offer 2-day adventures to Kubu Island and you’ll also enjoy game drives, guided walks and cultural excursions with local San Bushmen. Contact us for an itinerary and travel advice. 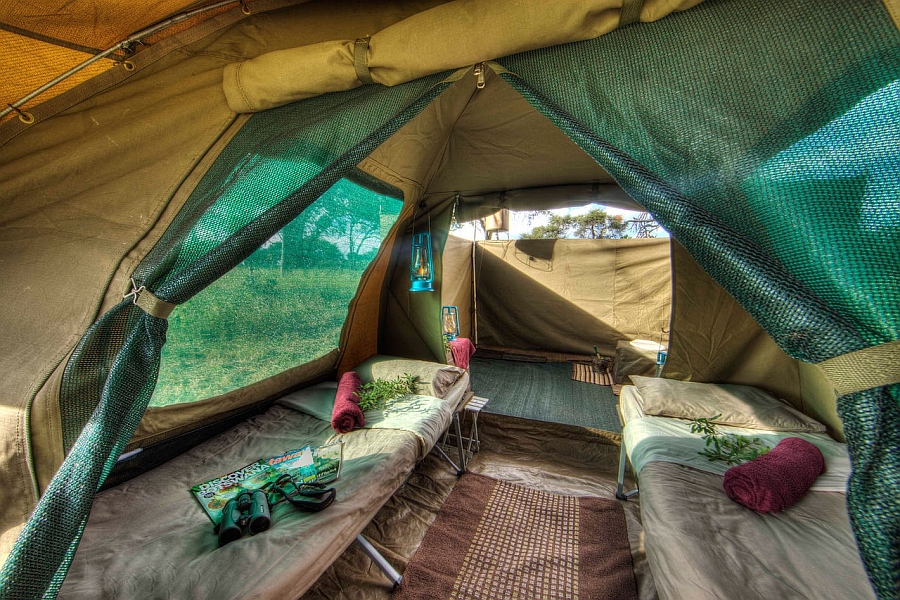 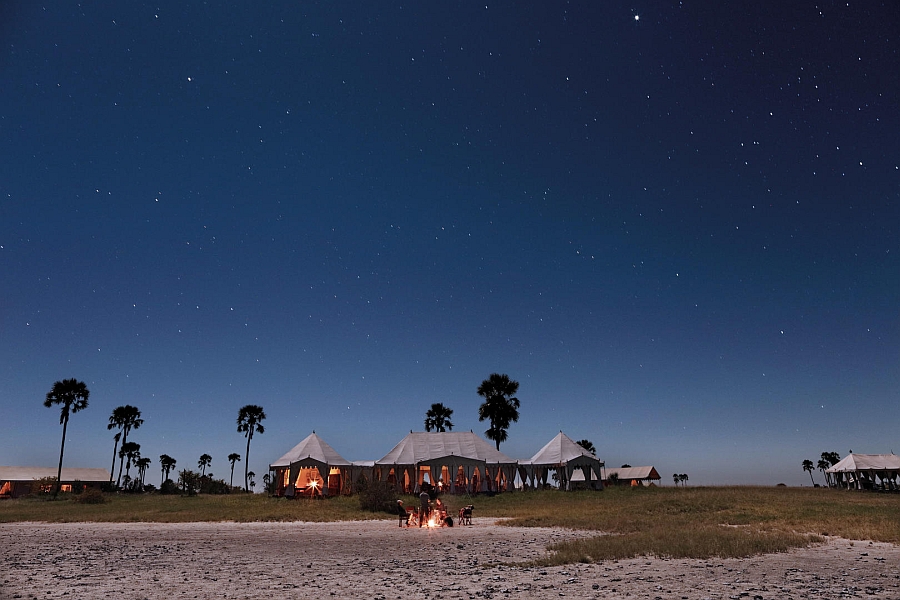 Relaxing around the fire as night falls at San Camp & the stars begin to fill the sky.

Jennifer
Karina was absolutely instrumental to our safari success.

Chris
Excellent service and support for our Africa vacation

Dan
A great tour operator that was a pleasure to deal with.

Shane
Professional, patient, efficient and responsive. Met all our travel needs and requirements spot on

Werner
They kept us fully informed and updated throughout planning, travel, etc.